Join us for libations and celebration of Ohio’s top LGBTQ+ movement leaders across the state.

A COVID-safe plan is in place. We are asking all guests to be masked. Ticket sales will be capped.

Meet this year’s Distinguished Honorees from across the state, find out where to stay in the city, and check out our generous Host Committee & Sponsors.

All are within 10 minutes of the Columbus Museum of Art. If you book any of these through the Experience Columbus website, you can get a Lyft credit or other fun Columbus-related perks.

– Hotel LeVeque – Autograph Collection (The LeVeque Tower is a key marker of the Columbus skyline) (.8 miles away)

Meet this year’s distinguished honorees from across the state:

Your Host and Queen, Anisa Love

Corey Williams, who is from Columbus, Ohio, has been performing onstage his whole life. Read More...

A former singer, dancer, and actor with Disney, Paramount, and Royal Caribbean, he is also a recording artist. Williams has been performing as the Anisa Love character for 21 years. Anisa is a former Miss Gay Ohio USofA at Large, among other titles, and she hosts REVIVAL at District West, the only all inclusive LGBTQIA+ dance  showcase in Ohio. Williams is currently a freelance makeup artist for Dior and Estee Lauder, who is recently married to his loving husband, Brian after being together for 8 years.

Tessa is the oldest daughter of Chinese immigrants who both grew up during the Cultural Revolution. They currently serve as the statewide co-director of OPAWL, a grassroots member-led organization working to build collective power, solidarity, and feminist leadership with Asians, Asian Americans, and Pacific Islanders (AAPIs) in Ohio. Significant moments that impacted her path as an organizer include the death of a transracial adoptee named Emilie Olsen in 2014 and the resurgence of white nationalism and anti-Muslim bigotry in 2016.

Chris has been leading and working in Columbus LGBTQ+ community organizations for nearly 40 years. Read more...

Chris has served on the Columbus Community Relations Commission since 2004 and is in her third year as Chair of the Commission.  Chris has taken a leadership role in virtually every piece of pro-LGBTQ+ legislation passed in the City of Columbus in the last 40 years, Including the original Columbus non-discrimination ordinance.  She was instrumental in passing hate crime protections.  Chris has served as the LGBTQ+ liaison to the City of Columbus Mayor’s Office through the last 2 administrations.  She is a long-time anti-violence activist and expert and is nationally respected for her work around violence as it effects LGBTQ+ people from both a prevention and a victim service perspective.  Professionally, Chris is the owner of Alternative Auto Care, an openly Lesbian owned auto repair shop in operation since 1983 and in that role, she pushes the automotive industry at large to be more inclusive of women, openly LGBTQ+ people and BIPOC folks.

Avery Ware is a writer, educator, and leftist from Lorain, OH. Read more...

He is an adjunct professor of American History and American Government and Politics at Notre Dame College. Avery’s research, writing, and teaching interests include a Black-queering of history by interrogating social inequalities and systemic injustices throughout U.S. history, Black queer feminism, the socio-political foundations and application of the politics of desire,  and popular & visual culture. Avery is also the cohost of Drag From The Left, a podcast the engages the art of drag from a radical, leftist perspective. Through his teaching, writing, and podcasting, Avery is dedicated to a liberatory pedagogy that centers on the voices and experiences of marginalized groups that have historically been silenced. He holds a MA in American Studies from Youngstown State University and a BA in Sociology from the University of Akron.

Tristan N. Vaught, M.A. is the CEO of Tristan N. Vaught Consulting, LLC, the co-founder of Transform Cincy, and professor of Queer and Trans Studies at the University of Cincinnati. Read more...

Before COVID 19 changed the landscape of our world they were the inaugural director of education and training with the Living with Change Foundation. Previous to this role, they held positions as the founding director of the LGBTQ+ Center at IUPUI, the interim director and first program coordinator of the LGBTQ Center at the University of Cincinnati. Tristan, originally from Buck Creek, Indiana (a small farming community outside of Lafayette), is a first-generation college graduate. They graduated with honors from the University of Cincinnati in 2011 with Bachelor’s degrees in Psychology and Women’s, Gender, and Sexuality Studies. In December 2015, they completed a Master’s degree in Women’s, Gender, and Sexuality Studies from University of Cincinnati with research centered around the effectiveness of LGBTQ+ educational ally workshops in higher education and beyond. Tristan’s advocacy and education work focuses on intersecting identities and how they impact individuals’ lived experiences. They enjoy working with schools, businesses, non-profits, organizations, and surrounding communities to provide tools to help create equitable and inclusive spaces. The most interesting thing about them though is that they are a bourbon snob and love to write poetry in their spare time.

In 2021 Esther open the first full-time Drop-In Center in Franklin County tailored to human trafficking victims. There they eat a meal, rest, have their wounds cleansed and if they choose, are taken to detox centers or a hospital. The areas she currently works are food deserts and often sex workers bring their kids to the Drop-In Center. Transgender folks are served at the Drop-In Center. She has a community garden called the Hilltop Butterfly Garden.

Flores received her bachelor’s degree in Nursing from The Ohio State University, her bachelor’s degree in Physical Anthropology, Biology and Chemistry from Lehman College, and her MBA in Healthcare Administration from the University of Phoenix. In addition, she is an advocate for the Ohio Health Sexual Assault Response Network of Central Ohio and a certified Trauma Informed and Responsive Trainer by Trauma Network. She is a member of several social justice organizations that align with her just cause to eliminate human suffering locally and globally and inequality.

He is also director of the Ohio Alliance for Innovation in Population Health (OAIPH), an  organization of 32 universities, public agencies, health systems, insurers and health policy groups from  around the state. The alliance uses a community-based model to establish best practices for addressing  critical population health issues in the state including opioid addiction, healthcare access, chronic  disease and infant mortality.

Prior to joining OHIO University, Hodges was appointed by Ohio Governor John R. Kasich to serve as the  Director of the Ohio Department of Health (ODH). Hodges, whose professional history includes work in  healthcare administration and hospitals, led the 1100 employee agency and worked with Ohio’s 113  local health departments and public and private health partners to tackle Ohio’s difficult health issues.

Despite being the named Defendant in Obergefell v. Hodges, Rick has always been a supporter of LGBTQ+ equality. Since the landmark decision was made, the named parties have become good friends, even teaming up for national op-ed pieces. Rick continues to be vocal about his support for the LGBTQ+ community, encouraging others to recognize LGBTQ+ needs beyond marriage equality.

Rick served as a state representative in the Ohio legislature from 1993 to 1999. During his time as a  legislator, he represented 120,000 constituents in Northwest Ohio and served on several committees,  including the Health and Retirement Committee, which regularly dealt with healthcare issues impacting  everyday Ohioans.

She graduated from Brighton and Sussex Medical School in 2016, prior to her medical training she worked with populations disproportionately impacted by stigma and prejudice in Oakland, CA. This formative experience inspired her pursuit of medical training, and in particular a passion for building systems of care that centers optimal health and is accessible and equitable. Jas is currently the Director of Clinical Prevention Initiatives at Equitas Health and the Executive Director of LGBTQ+ Spectrum of Findlay.

On November 3, 2020, the voters of Golf Manor, Ohio voted overwhelmingly to keep nondiscrimination protections for people living, working, and visiting businesses in the village! Read more...

This means that Golf Manor continues to be one of 32 localities in Ohio that has LGBTQ-inclusive nondiscrimination protections.

The story of the last two years is the story of how democracy can work: A group of residents see an opportunity to make their laws more inclusive so they gather, get organized, talk to their neighbors, answer questions from council and community members, ask for insight from experts, put on their T-shirts and show up. Thanks to all the community members and voters who made this possible!

The Civil Advocacy Clinic at the University of Toledo College of Law is an experiential law course designed to prepare the next generation of lawyers for advocacy and law reform. Read more...

Clinic students, under the direct supervision of Professor Rob Salem, work on a variety of matters for indigent clients and other marginalized communities.  Students not only learn the practical skills needed to be a lawyer, but they also learn to critically analyze our legal and justice systems and the impact of our systems on communities of color, immigrants, LGBTQ+ people, low-income communities, and others

While originally hailing from Seattle (that he still claims as “home”) he taught for over 20 years at OU in the Critical Cultural Studies program after obtaining a Ph.D. in Philosophy of Education from the University of Washington. In addition, Theo developed the undergraduate Diversity Studies Certificate at Ohio University. Most recently prior to Covid, Theo was working with the Athens City School District to provide education and resources to support transgender inclusivity in our schools. It was approximately eight years ago that Theo came to understand himself as transgender and set about on his journey to authenticity. While the journey is never easy, the power of finally being oneself is one of life’s deepest treasures. Theo has two adult sons and lots of siblings and niblings in the PNW and is looking forward to returning to his roots next year. Kindness and goodness, and family and friends, along with gardening, hiking, and kayaking renew his spirit.

The story of the last two years is the story of how democracy can work: A group of residents see an opportunity to make their laws more inclusive so they gather, get organized, talk to their neighbors, answer questions from council and community members, ask for insight from experts, put on their T-shirts and show up. Thanks to all the community members and voters who made this possible!

Kareem Henton is all about liberation, empowerment, and networking to achieve liberation and empowerment. Read more...

Thank You To Our Elected Officials for Equality:

Thank You To Our Host Committee
(in formation) 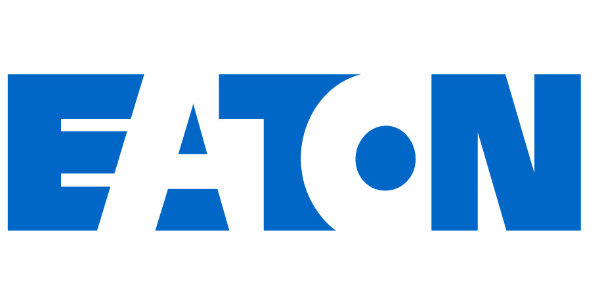 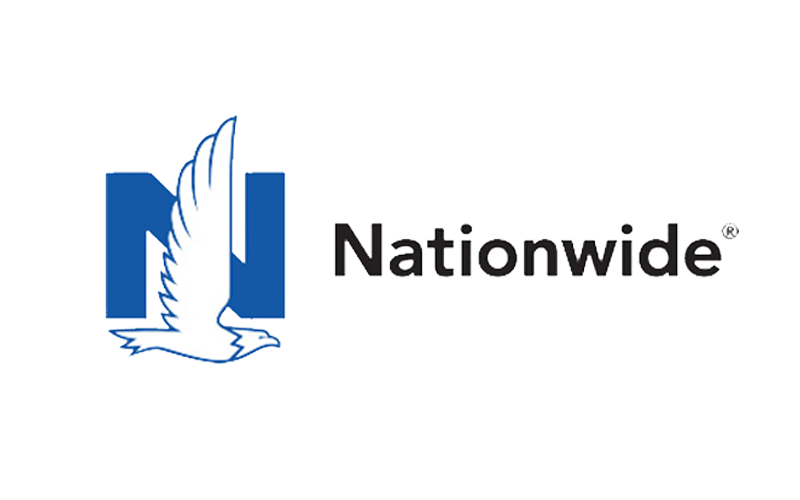 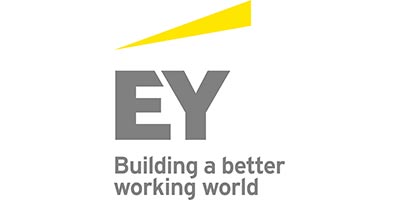 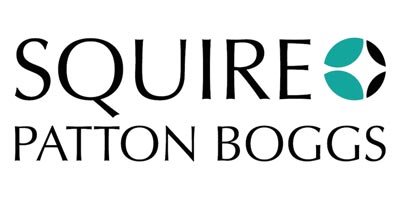 Get Your Tickets Now