Recently our team at Equality Ohio has experienced an alarming increase in calls from parents, educators, and school counselors observing harassment and mistreatment of transgender students in our schools. This harassment and mistreatment—in addition to being socially and emotionally harmful—directly violates Title IX of the Education Amendments of 1972, the law that protects people from discrimination based on sex in education programs or activities that receive federal financial assistance.

Are you observing these harmful trends in your schools? We invited a guest attorney and expert in Ohio education law, Emily Spivack, Esq., to weigh in on the dos and don’ts that help schools protect their transgender school community members and stay in compliance with Title IX.

Ohio schools may, at times, have difficult situations arise regarding the treatment of transgender students. The good news is, the law is already quite clear on obligations toward these students:

Although we have seen even more courts take this approach in recent years, Ohio courts have long said that if employers cannot discriminate against women for not wearing dresses or make-up (see Price Waterhouse v. Hopkins, 490 U.S. 228, 109 S. Ct. 1775 (1989)), “[i]t follows those employers who discriminate against men because they do wear dresses and makeup, or otherwise act femininely, are also engaging in sex discrimination.” Smith v. City of Salem, Ohio, 378 F.3d 566, 574 (6th Cir. 2004). In 2012, the Equal Employment Opportunity Commission (“EEOC”) extended protections under Title VII, which prohibits discrimination in employment, to transgender employees. Macy v. Holder, No. 0120120821, 2012 EEOPUB LEXIS 1181, 2012 WL 1435995, at *11 (E.E.O.C. Apr. 20, 2012). And in 2020, the U.S. Supreme Court explicitly extended Title VII protections to transgender employees, holding, “When an employer fires an employee for being homosexual or transgender, it necessarily intentionally discriminates against that individual in part because of sex.” Bostock v. Clayton County, 140 S. Ct. 1731 (2020).

Like Title VII, which relates to employment protections, Title IX prohibits discrimination in schools. Title IX is specific to sex discrimination and applies to students, employees, and community members interacting with the school district. Federal courts around the country have held that Title IX requires schools to accommodate transgender students. The Sixth Circuit Court of Appeals, which is the federal appeals court that sits over Ohio, has specifically said that schools failing to accommodate transgender students cause irreparable harm to the transgender student. See Bd. of Educ. of Highland Local Sch. Dist. v. Dep’t of Educ., 208 F. Supp. 3d 850, 870-871 (S.D. Ohio 2016) (finding, “Some issues in this case are difficult, but determining whether [the student] has been harmed from the School District’s policy is not one of them” and pointing to the fact that the student was deemed a suicide risk and had developed an eating disorder because “she feels stigmatized and isolated when she is not treated as a girl and . . . she has been bullied at school”); Dodds v. Dep’t of Educ., 845 F.3d 217, 221-222 (6th Cir. 2016) (maintaining the preliminary injunction against a district that failed to accommodate and finding (1) “the record establishes that Doe, a vulnerable eleven year old with special needs, will suffer irreparable harm if prohibited from using the girls’ restroom . . . Highland’s exclusion of Doe from the girls’ restrooms has already had substantial and immediate adverse effects on the daily life and well-being of an eleven-year-old child” and (2) the public interest weighed “strongly” in favor of the student). Just this year, the Supreme Court declined to take up these Title IX cases, allowing all of the holdings in favor of transgender students to stand. Grimm v. Gloucester County Sch. Bd., 972 F.3d 586 (4th Cir. 2020), cert denied June 28, 2021.

So what accommodations are required?

Note that a student’s gender identity is considered private—and therefore protected—information. In general, under the Family Educational Rights and Privacy Act (“FERPA”) schools may not share a student’s gender identity without the student’s consent. Courts have held that students do have a privacy interest in their sexual orientation or gender identity and that their decision to disclose that information in some contexts does not waive the privacy right. See Nguon v. Wolf, 517 F. Supp. 2d 1177, 1191 (C.D. Cal. 2007). For example, a student coming out to a trusted teacher does not mean the student has consented to the teacher’s further disclosure of that information.

Depending on the age of the child, a school may not disclose the student’s gender identity to the student’s parents or guardians. See Nguon v. Wolf. This is perhaps the most difficult area for schools. Guidance from the federal government makes clear parents do not have an automatic right to information about their child’s gender identity, especially the older the child gets. In practice, this means for middle school and high school students, schools should defer to students with regard to whether or not information about their gender identity is shared with parents. This is particularly important when students indicate they have concerns about their safety at home. (Similar rules apply outside the school context. For example, in Sterling v. Borough of Minersville, 232 F.3d 190 (3d Cir. 2000), the court recognized that a police officer violated a teenager’s rights when he threatened to disclose the teen’s sexual orientation to his parents.) While FERPA generally guarantees parents access to all of their students’ educational records, where FERPA and Title IX conflict, Title IX will control, meaning where disclosure of student information could create a situation where the District has enabled or participated in sex discrimination, it may not disclose the information. Office for Civil Rights, U.S. Dep’t of Educ., Revised Sexual Harassment Guidance: Harassment of Students by School Employees, Other Students, or Third Parties vii (Jan. 19, 2001), available at http://www.ed.gov/about/offices/ list/ocr/docs/shguide.html. 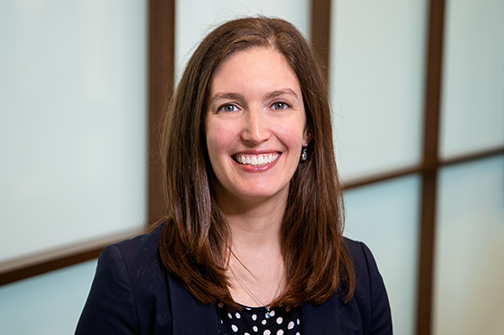